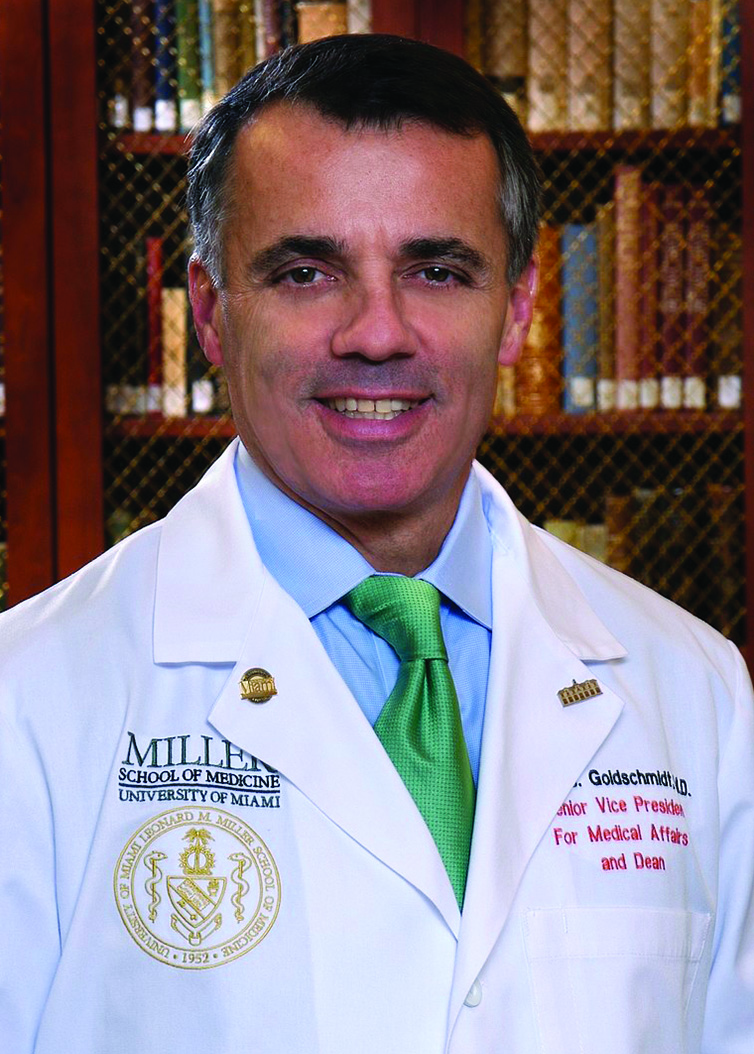 Goldschmidt is an accomplished cardiologist, professor, academic healthcare leader, and medical researcher. He is currently the Chief Medical Officer of Lennar Corporation (LEN on NYSE). He has served as a Tenured Professor at three prestigious institutions, Duke University School of Medicine, Ohio State University (OSU) and University of Miami. He was Center Director at Johns Hopkins University School of Medicine (then OSU), Chief of Cardiology at OSU, then at Duke, and Chairman of Medicine at Duke. In 2006, he became Dean of the Miller School of Medicine and Founder/CEO of UHealth, the University of Miami Health System. Dr. Goldschmidt and his team expanded UHealth to include the medical practice, three hospitals, and major outpatient clinic facilities along both coasts of South Florida. Clinical revenues increased three-fold over a ten-year period, which represented one of the fastest compound annual growth rate for academic medical centers in the USA.

During his tenure at the University of Miami, the Leonard M. Miller School of Medicine rose up 13 positions (from 51 to 38 out of 177 United States Medical Schools) in the national rankings of research medical schools based on grants received from the National Institutes of Health, thus establishing this School as the highest-ranked medical school in Florida. To achieve this, Dr. Goldschmidt established new Institutes and Centers focused on team science and big data that brought in groundbreaking new knowledge, jobs, millions of dollars in research funding, and poised the Miller School and UHealth for continued excellence.

Dr. Goldschmidt has a long list of honors and awards, beginning in 1980 with his graduation as a medical doctor and Valedictorian of Class of 225 from the Université Libre de Bruxelles. The list of his patents, publications, articles numbers more than 300. His 250 invited lectureships and speaking engagements are testimony to his professional expertise. In 2018, Goldschmidt (founder and president of Alzady International LLC) joined Anoup Treon (European Care Global Ltd) to form American Healthcare System Ltd (AHS) in the UK. AHS is focused on healthcare management, operations, and the development of academic healthcare education, in Africa and beyond.  For further information of Goldschmidt as Health System Operator, please refer to https://pascalgoldschmidt.com › curriculum-vitae.